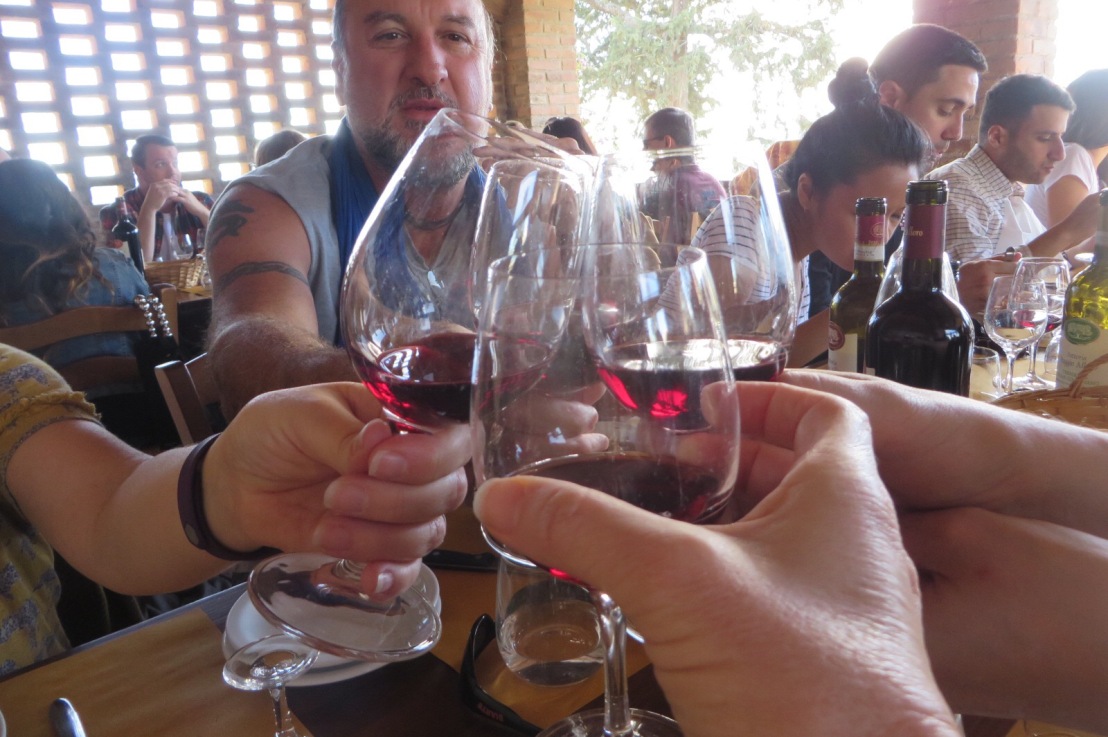 I remember the first time we came – our plan was to spend a few days, then head to Brindisi and catch the ferry to Greece. But Italy sucked us in; we bought one of those limited kilometres train tickets, carefully counted our lira and camped all over the place.

And now Italy has sucked us into its big, bold warmth again. Every city we’ve been in so far I’ve turned to the others and just grinned with the sheer happiness of being here, with my friends, in the sunshine, exploring, eating, relaxing, learning. I’ve had these moments in other places too, but Italy is special.

Because Italy is jam packed with stuff. Crammed into every corner, stuff. From the west to the east, down to the toe and through the islands, great stuff upon even better stuff. Old stuff, new stuff, delicious stuff. Painted stuff, historic stuff, ruined stuff. Pretty and designer stuff. Famous stuff to see, secret stuff to discover.

And in all of that stuff, I can’t think of a single thing that’s wrong. Sure, there are lots of tourists, and some things can be expensive, but whatever. It’s all a part of it. You want history? Italy’s got it. You want food? Every restaurant, cafe, gelateria is a winner. Art? More than covered. Shopping? Don’t get me started. Wine? Don’t make me laugh.

And now we are in Livorno, coastal town, with other close friends and even more to explore – canals, markets, food, day trips.

For the third time in my life I threw a coin in the Trevi Fountain. A guarantee I’ll be doing the turn and grin again.

One thought on “The stuff of Italy”