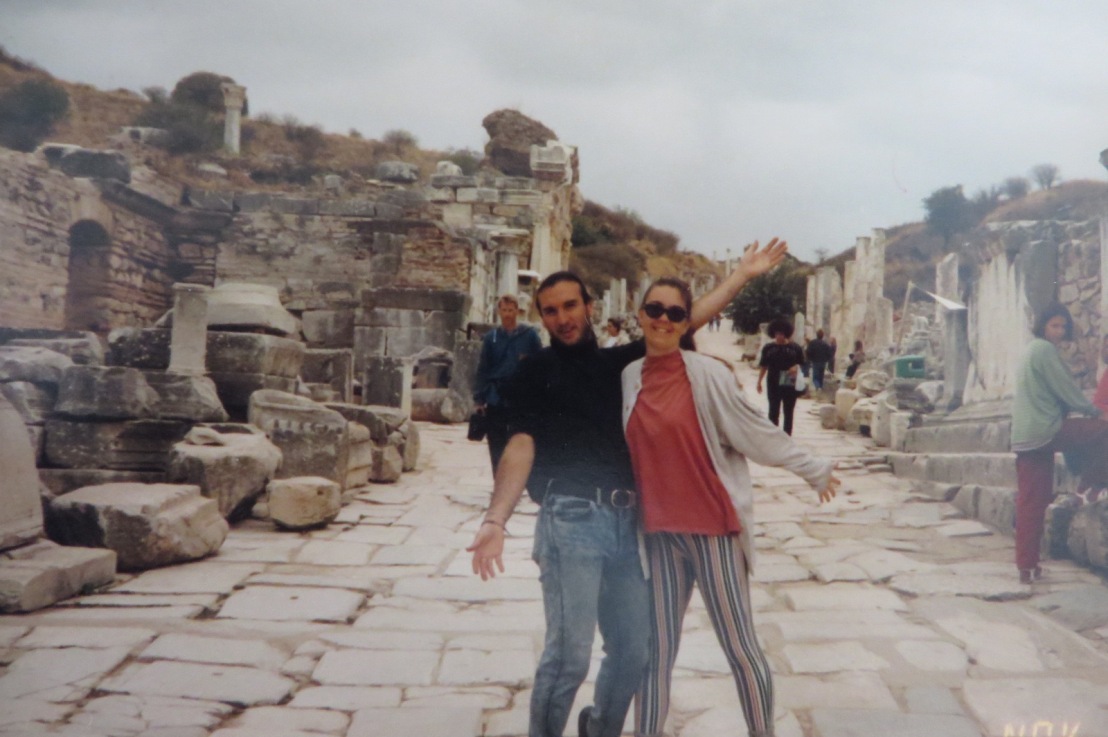 Forgive me the tights, it was the 90s.

This was the first time we ambled around the world. The great Australian adventure of carting a backpack ten thousand miles, picking up work in the UK and seeing as much of Europe as we possibly could with the meagre funds we hadn’t already spent in the pubs of London. We saved on accommodation by taking a tent – a tent! We saved on food by packing a trangier cooker and seeking out packet soups and baked beans. Over two years we drank a lot of cider, sangria and Irish coffees. We camped under olive groves, on French mountainsides, in convent grounds, at the very tip of Norway and on one memorable cliff overlooking the Mediterranean. We explored over twenty countries and it was sensational.

We’ve been many places since then, but this year we had the idea that we might revisit that idea of a proper amble around the world. Only this time we’d do it in a little more luxury. A hotel bed rather than a self-inflating mattress and sleeping bag. Real food. A suitcase instead of a backpack – for me at least.

So on Thursday we’re off. Last time I packed tie-dyed leggings and a fake international driver’s licence, Don took his guitar and we had almost two years. This time we have four devices, crush-free leisure wear and pre-purchased tickets to Hello Dolly. And 99 days.

I expect it will be just as sensational.