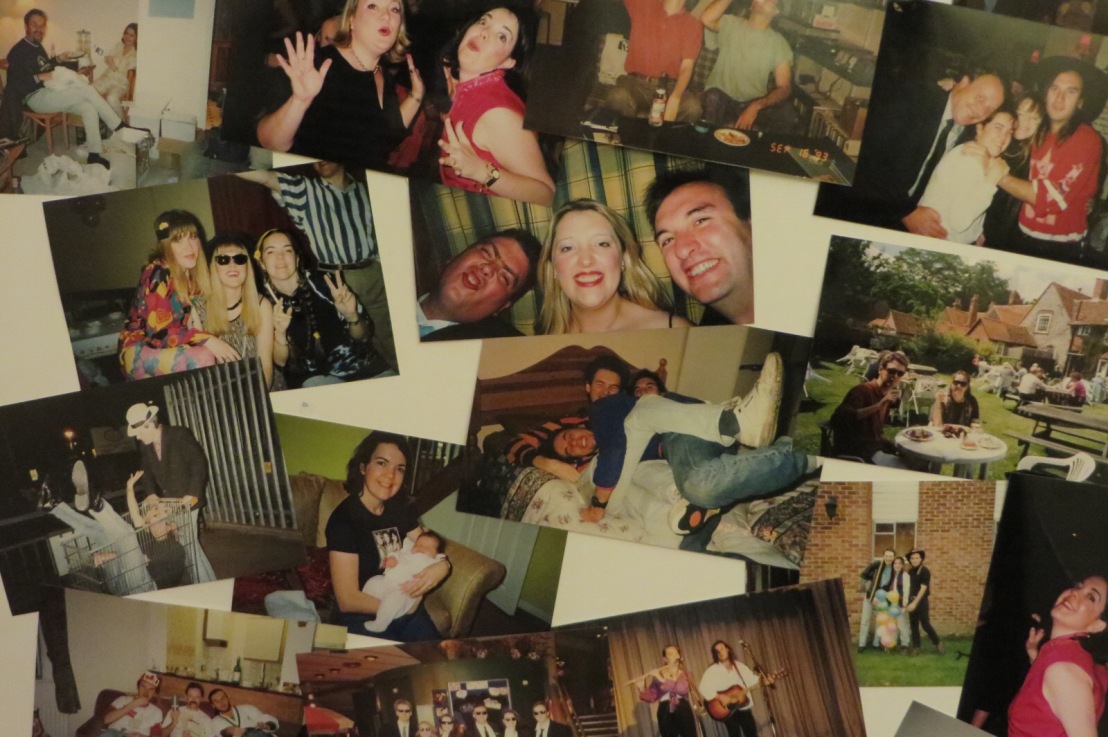 When we walked through the glass doors at Heathrow airport we were greeted with a massive sign announcing ‘Welcome home Don and Ang’, a welcome home balloon and much shouting, waving and screaming.

This was followed by a full English at the local cafe with five adults and a child all talking non-stop over under and through each other. Once home we were surprised by a collage of old photos taken over the previous 25 years. All day we stayed firmly ensconced in the backyard, only moving to the couch when the sun went down, talking all manner of shit; from Dr Who to American politics to home renovation to ‘remember when we….’ We did this for a solid six hours, breaking for a three hour nap before reconvening for another five hours.

We spent a lot of time with these friends when we first met in 1992, but when we left the UK to return to Australia, there was no email, no Facebook, no mobile phones to keep in touch. Eventually these connections were made, but in reality, since 1993 we’ve only been face to face four times.

And yet we are all so, so close. We have ridiculous memories, we were there when couples were formed, we drank together in many an English pub, we joined a local softball team together, we even got on board somewhat with their amateur theatre group. And we lived in each others’ pockets in a cheap share house.

So yes, we may have only seen each other a handful of times since we left, but Don and I have close, beautiful relationships with our UK friends that we absolutely treasure. It’s incredible and pretty awesome.

Now, must finish up writing because they’re still talking and I’m missing the conversation!